Dimitris Koufontinas is a former member of the revolutionary guerrilla group “17th of November”, and after decades of living as an outlaw while he was fighting the corrupted Greek regime, he surrendered (2002) to Greek authorities, took the political responsibility for all of his actions and got imprisoned. Since then, every government contributed with vengeance to the humiliation of his life as a human being and political prisoner. The latest case of violation of his rights is his transfer from the rural prisons to the high security prison of Domokos, after having served 18 years with conviction of 11 life-sentences. Law 4760/2020, article 3, provides for a prisoner who no longer meets the conditions for its stay in a rural prison that they are “transferred back to the detention centre from which (s)he was originally transferred”, ie to Korydallos prison. Since Friday 8/1/2020, D. Koufontinas is on a hunger strike demanding his transfer to Korydallos prison. His state of health is aggravated due to past hunger strikes and his age (63 years old). Today, 28/2/21 he is on his 50th day of hunger strike and on his 6th day without receiving serum support. The Greek government is seeking revenge on D.K. for his actions by exhausting his mental and physical condition and risking his life. European legal culture is not compatible with the loss of life of any hunger striker.

Immediately after the restoration of Democracy in 1974, “17th of November” started its’ actions, mainly by targeting people who were involved in the regime of dictatorship (1967-1974), industry owners, police officers, and USA facilities and agents (who were involved in the Coup of 1967). Some of the actions of “17th of November” are, among other, the execution of Richard Welch, head of CIA office in Athens (1975), Panteli Petrou, second in command of riot police (1980), lunched multiple rockets against tax-agencies, against Siemens and BP offices in Greece and the execution of Evangelos Mallios, nationalist Police officer A’ and former torturer during the dictatorship (Greek Junta). Back in the days, many Greeks acknowledged to 17th of November its libertarian causes. Needless to mention that neither USA nor Pantelis Petrou took the responsibility of their actions for the establishment of dictatorship. 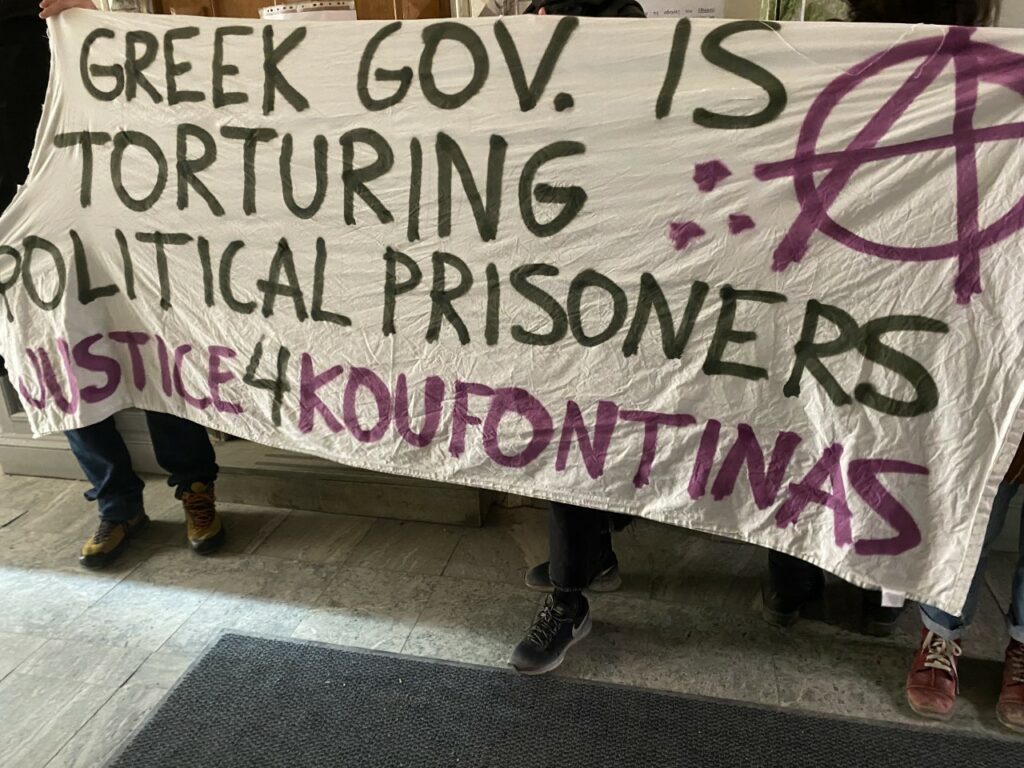 While D. Koufontinas is giving his fight for life and dignity, Greek society is shocked and soaked in by the revelation of #Greek_me_too. The main defendant in the case is the director of the national theatre, appointed by the current government, who is accused of paedophilia and rape. The ambiguity of bourgeois democracy laws allows that the human rights of a hunger striking political prisoner can be violated, but the same laws are lenient in treating a rapist and a paedophile who was assigned a high position in public sector’s cultural institution by the current government. To date, the current Prime Minister has not assumed political responsibility for entrusting such a serious task (director of the national theatre) to this subhuman, and the Minister of Culture has not yet been removed from her duties due to the assignment of a paedophile to such a position.

As anarchists we are aware of the frustration that conquers authorities and bourgeoisie when revolutionaries take the responsibility of their actions, only because the former don’t know how to do so. While some find themselves comfortable with the current Neo-liberal bourgeois democracy, we question it and we don’t endure to the dogma “it’s not perfect, but it’s the best we have”. That’s the case, because while some are profiting with the continuation of capitalism, others pay the price with their lives, and the former are not going to surrender their privileges. With the same manner, with our fists raised, we are giving Our struggle to reclaim what is stolen from us, our dignity as workers and humans. 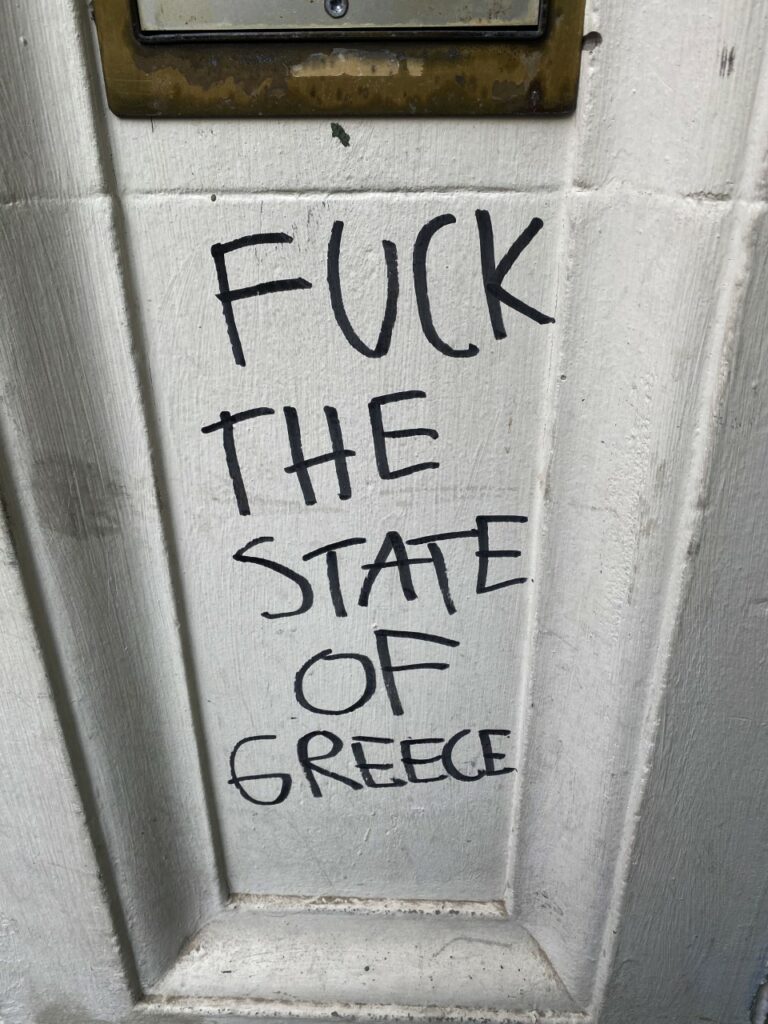 Following the shocking headlines of Greek news, we are wondering, who are the true threats to democracy, a prime minister who assigned to his duties a rapist, paedophile, even if it was not clear if the prime minister was aware of the situation, and at the same time treats with vengeance a political prisoner or a condemned revolutionist with 11 life sentences who struggles for justice and his rights. While it is clear that bourgeois democracy in Greece has no transparent mechanism of hiring of high official and the hiring is always conducted based on political favours, the current administration does not even feel the responsibility to be accountable for their choices. Thus, we must question: who is the real threat? A thoroughly rotten and corrupt system based on nepotism that allows rapists and paedophiles to hold high public positions, or a political prisoner who is merely asking for the same bourgeoise laws that imprisoned him to be applied as it is stated in the law.

Today, we are demonstrating in front of Greek embassy in Stockholm, in solidarity with Dimitris Koufontinas choice to risk the most valuable thing he has, his life, to fight for his rights as a human being and a political prisoner.

States are the only terrorists